The aim was to share and distribuite the tasks among the partners and discuss the exploitation agreement for further project developments.

The final Multiplier Event was organised on 27th October 2022, in Riga (Latvia). The aim was to share and discuss the results achieved during two years project.

A workshop was arranged with all the participants showing how the tools developed work, particularly the TEAM_STAR platform set based on the design thinking phases.

On the 19th-20th of May 2022, the TEAM_STAR project meeting was organised in Volos (Greece) by the University of Thessaly.

The aim was to define the state of the art of the multiplier events, update learning scenarios and training platform national piloting, discuss the last improvements for the IO2 finalization, and review dissemination, quality and financial tasks attributed to all partners. 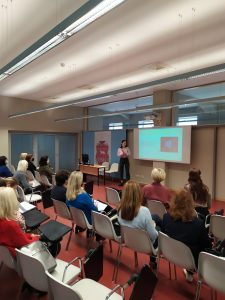 The aim was to introduce the TEAM_STAR project – objectives and expected outcomes; to present the project methodology “design thinking” and the TEAM_STAR platforms. 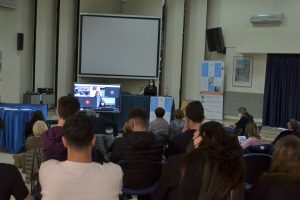 TEAM_STAR Multiplier Event in Italy was organized on March 04th at ITS Arturo Bianchini in Terracina.

It was organized in a face-to-face manner, but due to the new COVID19 restrictions, the project team considered providing the participants with the possibility to attend the event online.

This modality allowed us to reach more people from the Latium region: n. 43 people in both modalities.

The event was addressed to the principals, teaching and non-teaching staff, public authorities in education, students, and interested people to promote and share the project aims and the results achieved so far. 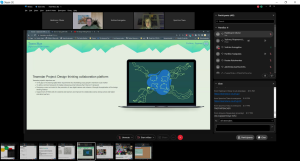 The Creative Technologies Learning Lab of the Department of Electrical and Computer Engineering of the University of Thessaly (http://ctll.e-ce.uth.gr) in collaboration with the Secondary Education Authorities of Sterea Ellada (central Greece) organized on January 20th 2022 an on-line multiplier event on promoting design thinking in entrepreneurship secondary education. The event was organized in the context of Erasmus+ project TEAMSTAR (https://www.teamstarproject.eu/). The event was very successful, being attended by over 480 primary and secondary education teachers from all over Greece. 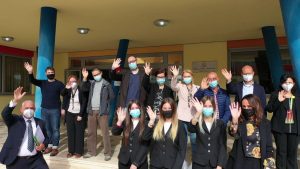 On the 29th of October 2021, a TEAM_STAR meeting was held at the ITS Bianchini in Terracina, Italy.

This was the first project meeting in a project period so far, organised in the face to face modality. Partners from all partner centres were represented in the meeting and the main question of the agenda covered the following main aspects of the project current development status: 1) Presentation of the development and results of IO1, 2) State of the art and further development of the IO2 and 3) Technical and administrative issues.

The most important outcomes were: – presentation of the theoretical basis of IO2 development;- agreement on Design thinking project development template – introduction to the technical part of IO2 development (3D games platform), its functionality and appropriateness for testing purposes.

The TEAM_STAR multiplier event in Bulgaria was organized on September 21st 2022 at High School of Commerce in Burgas.

The aim was to introduce the TEAM_STAR project – objectives and expected outcomes; to present the project methodology “design thinking” and the TEAM_STAR platforms.

This section is addressed to collect all the newsletters drawn up by the project team during the project realization.

They are a part of the dissemination and promotion activities of the TEAM_STAR project and are available in English, Latvian, Italian, Bulgarian and Greek.

In order to disseminate and exploit the TEAM_STAR project, all partners present general information on project objectives, activities, and results as well as the TEAM_STAR approach to the targeted stakeholders in secondary and wider school education at meetings, organizations, local seminars and international conferences.

This goal is supported by the preparation and publication of brochures and posters. 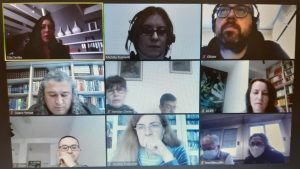 The 2nd project meeting was organised online on April, 20th. The aim was to discuss the finalization of the framework combining entrepreneurship and STEM skills development and the 3D virtual environment features for designing the learning scenarios to be validated in secondary schools. 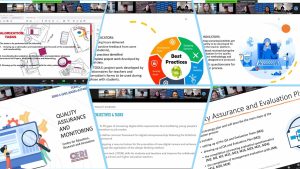